Continuity and stability - a community of care: Joyce's story. 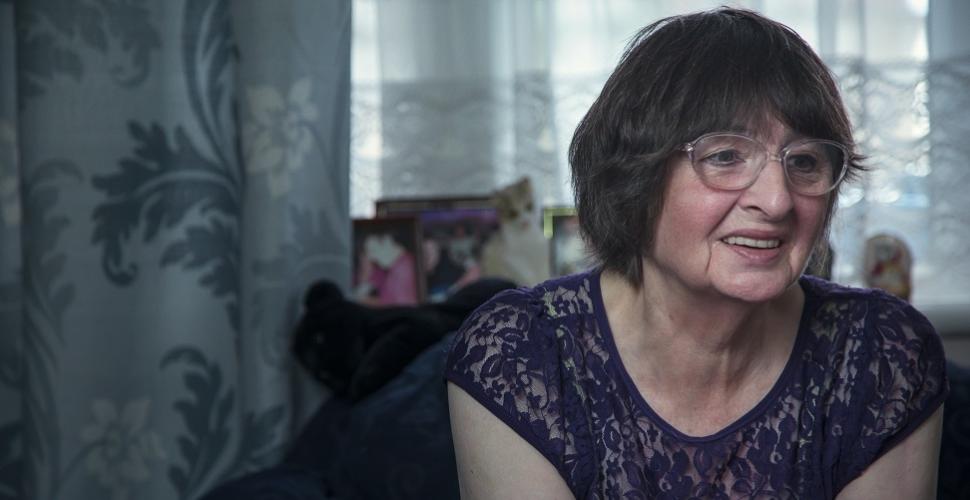 Joyce is in her seventies and has been her younger brother’s carer for the last 35 years. Her brother has learning difficulties and needs support with washing and cooking. In addition to the support provided by Joyce, her brother regularly attends day centres and respite care, which they pay for themselves. They live in the north east of England in a city with high levels of deprivation. They have lived in the same house for the past 50 years, which has allowed Joyce to build up strong local networks.

Joyce has been her brother’s primary carer since 1981 when their mum died. For Joyce, becoming a carer wasn’t a difficult decision:

“When my mum died they all said ‘put him in care’, and I thought it’d break my mother’s heart… I did it for my own satisfaction because I didn’t want to be on my own… We’ve lived together all our lives.”

Family responsibility is something that Joyce feels acutely.

“I don’t call myself a carer…it’s just my duty. It’s how I was brought up.” She’s also satisfied making financial contributions to her brother’s care when necessary “I contribute to most things… Yeah, if you can afford it.”

Over the years, Joyce has coped with the demands of caring by building up a strong support network in her local community, having lived in the same area for her.

She is full of praise for his social workers and how their continuity has meant that they have developed close relationships.

She also shared stories about the time she broke her arm and a local charity helped her during her recovery. After having the operation, the doctor was concerned about her discharge.

“He got in touch with the Red Cross, and they came and sat with me… she said ‘I’ll go and get you something to eat’… they brought me home. She got a meal ready for me because I couldn’t do anything. And then they came every day until I went into hospital. Then they came and took me in hospital and she sat with me until they came to see me.”

Volunteering, food shopping for neighbours, participating in local stakeholder meetings – Joyce is well connected to others in her community who are in a similar situation. She describes her actions as gathering knowledge that helps her support her brother and other carers.

“I’ve got a lot of support from the council because I go to a lot of meetings. I’m on a partnership board for learning disabilities… And I’m in a nurses’ group, I go there once a month… I go to the carers’ centre in Hull. […] Because being on the partnership board for learning disabilities I find out things that they don’t know you see, and I tell them.”

Her involvement in local council activities has given her a voice.

“When it originally started we used to be at the Guild Hall, and it was on such a big table, people at the end, you couldn’t hear them. And you felt as if they’re not carers, they’re speaking down to you. But they have got better as the years have gone on… I mean if I’ve had any complaints I tell them. I never used to open my mouth. I thought well, nobody’s going to stick up for me so you need to stick up for yourself.”

Successive governments have emphasised the need for our social care system to better support and enable communities to support one another, by building strong networks between individuals. Joyce’s story exemplifies the real benefits of just such a network. However, speaking from her own experience, Joyce recognises the limitations of these approaches in so far as you cannot force people to seek out support or to build relationships.

Thinking back on her experiences, she reflected:

“I don’t know how I’d have survived… I think you need support… [but] some don’t want it, do they, and it’s silly really. Because [neighbour], she’s in a care home now, and she wouldn’t let the nurses over her doorstep. I mean my house is a mess, but…”