No option but to take control: Alison's story 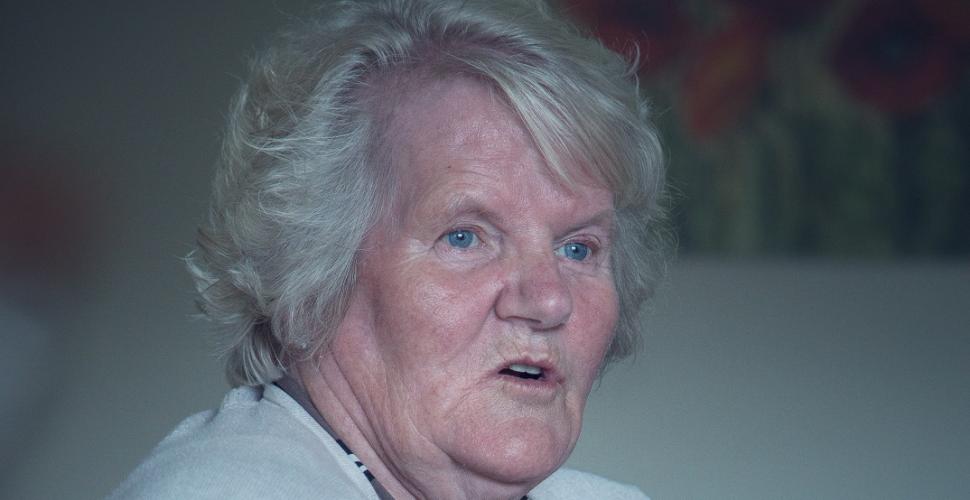 Alison was 47 when she was diagnosed with multiple sclerosis (MS) and has been a using social care support for the past twelve years. She is now in her seventies. Alison lives at home but has a large package of care and uses an electric wheelchair. Alison’s care is predominately paid for by the council through a direct payment that is managed by her daughters on Alison’s behalf, but she also pays some top-ups.

Alison has always received support for the cost of her care from her local authority. When Alison first started receiving care, she did not have personal budget and was dependent on agencies selected by the local authority. She quickly asked to change agencies after a ‘scary’ and ‘dangerous’ realisation that the same front door password was being used for all users in the street, meaning that any carer could go into any house at any time. This left Alison and her family feeling extremely insecure.

The introduction of direct payments gave Alison and her family the freedom and control they were looking for. Alison has a bank account that was set up especially for her direct payment receipt and payments to her carers. It is managed by Alison’s daughters Sue and Jackie, working alongside a local accountancy firm, arranged by the council. As Sue explained:

“They [the carers] fill in a timesheet so I have to send the timesheet to him [the accountant], then he does the wages and then I pay them out of the bank account direct… So it’s good because we have the same carers all the time so Mum knows who’s coming to her every day; she’s got a relationship with them; they know Mum.”

Alison’s setup is a good example of person-centred care in action: she can choose the carers she wants and when she would like them to come.

However, there have been downsides to the flexibility offered by the direct payment, as Sue, Alison’s daughter, explains:

“We get all the admin to do. We’re in such a big package and a big need for care, we then have to employ enough carers to cover the hours and then do a rota… I’ll make sure that there’s carers here to come in when Mum needs them and that they can all cover… we’re not experienced employers... I’m not experienced in employment law. And there isn’t a lot of backup for you.”

Job interviews, staff meetings, rotas, annual leave, wage slips, pensions, submission of account information – Sue and her sister are providing the engine room to the care machine – and it is a big job.

“It would be very difficult for mum on her own… [Without us] I think she would have probably been in a home.”

While Sue feels that “you’ve just got to take that responsibility haven’t you? You’ve got to do your bit”, it clearly takes its toll – she says that the stress from her mum’s situation has sometimes made her and her sister feel like they may not be able to carry on. In fact, she has recently gone part time in her job to give her more flexibility and time for her family responsibilities.

“A few of them, we’ve taken on through word-ofmouth or ‘Someone’s got a carer that’s really good and she’s looking for some...’ That sort of thing. We’ve fallen lucky with our girls but it’s a bit difficult to know whether these girls are going to be suitable for what they’re doing...”

Alison sums up the care she has received as at times ‘a bit touch and go’; and in the past they’ve had ‘unsuitable people’.

Sue and her sister feel they receive little support in their role as carers “I’ve rung the council in despair sometimes.”

While Alison’s MS is relatively under control at the moment, meaning that her interactions with the NHS are minimal at present, she has faced problems as a result of poor joining up between health and social care around the discharge process.

On one recent occasion on which she was admitted to hospital, she felt that the social worker wanted to place her in a care home regardless of her desire to return home. And on another occasion, her discharge was delayed due, as far as Alison could see, to a lack of understanding of how personal budgets worked.

Despite these problems, both Alison and Sue are positive about parts of Alison’s care. The council has given her grants to adapt the kitchen and fit a new front door so that they are wheelchair accessible. And due to restrictions in her movement, the council recently fitted hoists to help her move around and now she has funding for two carers for each call.

Despite all of the stress, home care organised through a personal budget is still their preferred option.

“If I was in the care home, I suppose I’d have more company but I wouldn’t have the independence I get now. And I can get through that door and go anywhere and they can’t, can they?”